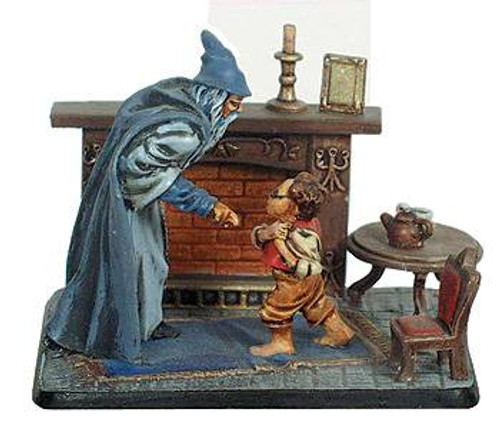 Gandalf the wizard, grew concerned about the magical ring that Bilbo used to disappear at his 111th birthday party. He confronted Bilbo and demanded Bilbo leave the ring behind before going to Rivendell. Bilbo at first reacted with suspicion and anger, accusing Gandalf of wanting the ring for himself before coming to his senses and agreeing to do as Gandalf ordered. Later Gandalf gave the ring to Frodo for safekeeping. He realised much later that the ring was indeed the One ring that Sauron sought and encouraged Frodo to bring it to Rivendell.