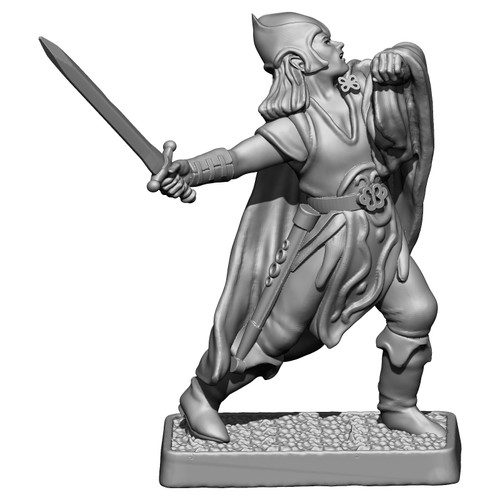 During THE BATTLE OF THE FIVE ARMIES, Mirkwood Elves fought against many foes, including some aerial creatures like large bats. Mirkwood Elves had long suffered under the influence of Smaug and sought their share of the treasure after the Dragon’s demise.

These Elves were keen archers and swordsmen, graceful and quick in battle.

This is the 182nd release in the Gold Status Fellowship club. This was the winning idea from December 2020 and was submitted by Fellowship member "khador". There are three parts that require assembly (i.e.: base, arm holding sword and body of Elf). All parts are made of an alloy of tin, zinc and antimony.