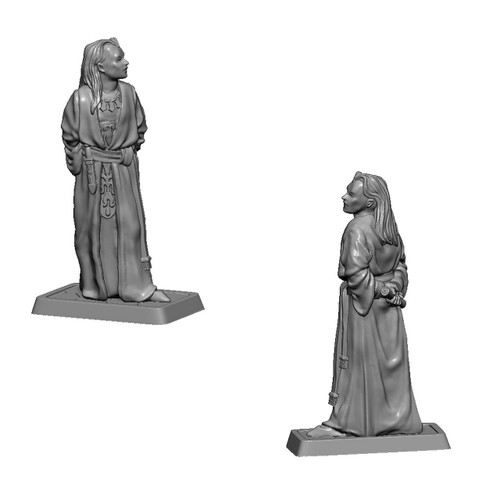 A Noldo of the house of Finarfin, Gildor, in the latter part of the Third-age, led a wandering band of Elves, occasionally residing at Rivendell, the tower hills or at the Grey Havens where the High-Elves had their last foothold in Middle-earth.

Here he is seen at the court of Cirdan whence he eventually departed Middle-earth for the west.

This is the 136th release in the Gold Status Fellowship club and was December 2016's Winning idea. It was suggested by 'Mornedhel'. Measures 32mm in height.