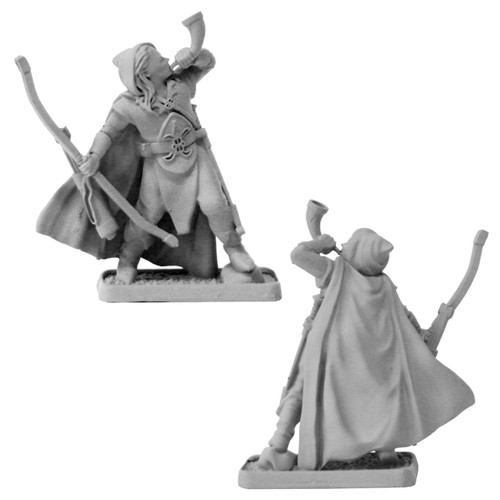 A Silvan Elf, Orophin lived in the forest of Lothlorien, the domain of Galadriel. Like his brothers Rumil and Haldir, Orophin was skilled in archery and woodcraft. He served as one of the guardians of the forest.

This is the 127th release in the Gold Status Fellowship club and was April 2016's Winning idea. It was suggested by 'Halbarad II'. 37mm in height from base to top of raised horn.

In February 2022, Mithril cast another 20 of these figures, not primed, on the bequest of some collectors.