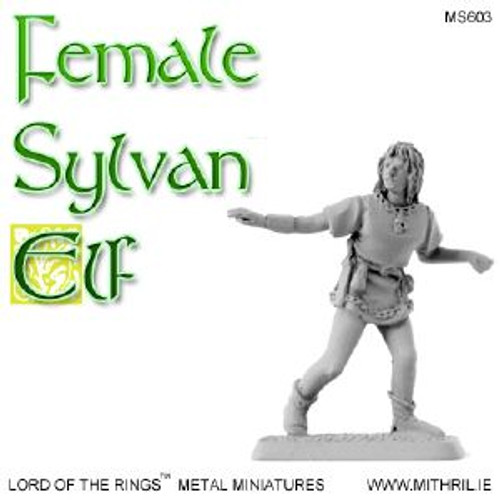 Sculpting a real likeness is always a challenge when the figure is so small and one seeks for an impression rather than an actual portrait. I received two photos from Magali Caspary showing her head and hair which was long and was eminently suitable for an Elven girl.  As requested I made her a healer/herbalist from Thranduil's kingdom and the knife that I added was really to cut plants and roots rather than a weapon. While the Elvenking and his closest retainers are Sindarin in origin, most of the Elves in his Mirkwood realm are Sylvan elves, skilled in woodcraft of all kinds and masters of tracking and stealth. This figure, a herbalist, is a Sylvan rather than a Sindarin Elf as I always envisage the former as having curly as well as straight hair.

This is the 97th release in the Gold Status Fellowship club and was August 2013's Winning idea. It was suggested by 'luthien4tinuvielle'. 33mm in height from base to top of head.