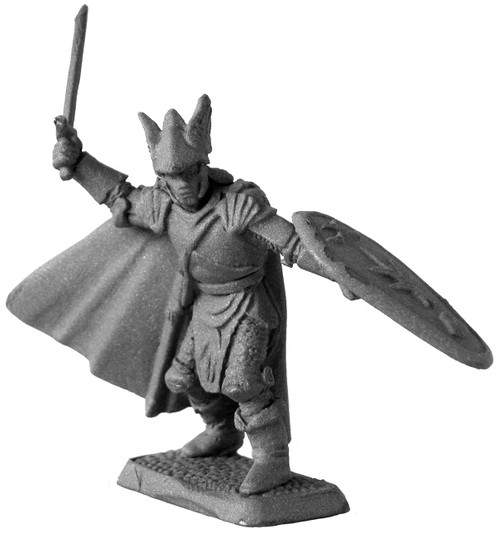 He was a Sindarin Elf who had traveled eastward from Lindon before the building of Barad-dûr, and king of the Silvan Elves in the northern part of Greenwood the Great (Mirkwood), which lay just east of the Misty Mountains. In The Hobbit he is said to have blond hair ("golden hair"), which is unusual for a Sinda since blond hair was found mostly among the Vanyar or those with partial Vanyarin descent. It is possible however that Thranduil somehow did have some Vanyarin blood, but that was never specified.In The Hobbit he is simply called the Elvenking (available as MC8 in Classics series).

When Thorin Oakenshield and his party of Dwarves enter northern Mirkwood they are captured by Thranduil's elves and locked up when they refuse to divulge their intentions, before being freed by Bilbo Baggins. After the death of the dragon Smaug, who had brutalized the Silvan Elves for years, Thranduil demanded a share of the treasure the Dwarves recovered from Erebor, Smaug's hideout. Thorin refused until Bilbo gave the Arkenstone (which meant more than a river of gold to Thorin) to Thranduil.

This is the 16th release in the Gold Status Fellowship club and was October 2006's Winning idea. It was suggested by Lothar Nielsen. Measures 42mm in height (base to tip of raised sword) approximately.