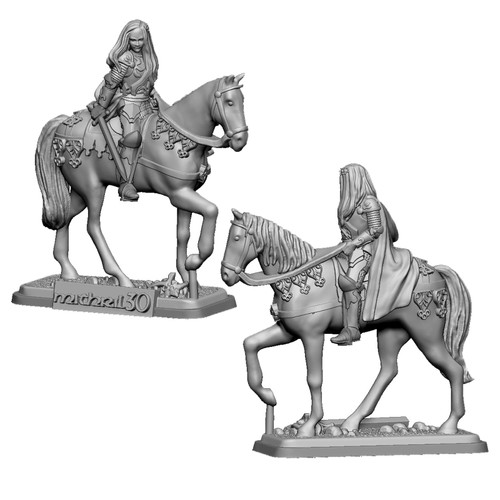 A place of fear set in the western eaves of Mirkwood, Dol Guldur had been the stronghold of Sauron before he remade Barad-dur in Mordor. His presence had spread across the forest and caused many evil things to gather there. After taking Barad-dur, Dol Guldur was occupied by the Nazgul but was finally overthrown by Galadriel and the Elves of Lorien during the war of the Ring.

This is the Mithril Miniature's 30th anniversary figure.

Only 100 of these figures were produced. It is not antique finished or primed. It require assembly as it comes in 5 parts. It measures 54mm in height from base to top of figures head.