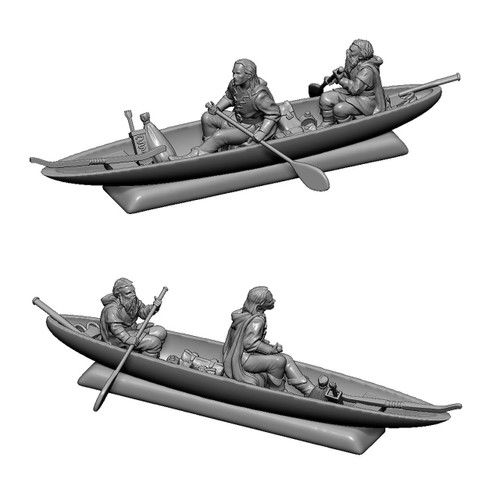 After the loss of Gandalf at Khazad-dûm the remaining Fellowship sought some respite in Lothlórien, the hidden realm of Galadriel and Celeborn. To continue their journey south towards the Black land it was decided to travel by boat, firstly by the Limlight and thence southwards along the Great river, through the Anduin vale and beyond. To this end the Fellowship were given three light craft of Elven design and provided with supplies and provender which they would need. Legolas and Gimli were to share one of these craft. The other two crafts were released as MX Designer series - MX668 and MX669.

This is the 141st release in the Gold Status Fellowship club and was April 2017's Winning idea. It was suggested by 'mindx2'. Boat measures 88mm in length.