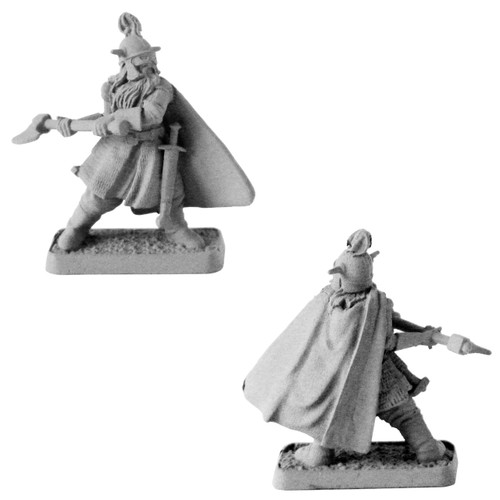 Probably the greatest Dwarven warrior of the late Third-age, KING DAIN Ironfoot was already a battle-hardened leader when called upon by his kinsman Thorin Oakenshield™ to aid his party in the Battle of the Five Armies™.  Many years before this, Dain had slain Azog, the Goblin king in the great battle of Azinulbizar.

This is the 121st release in the Gold Status Fellowship club and was December 2015's Winning idea. It was suggested by 'Axel'. 31mm in height from base to top of helmet.