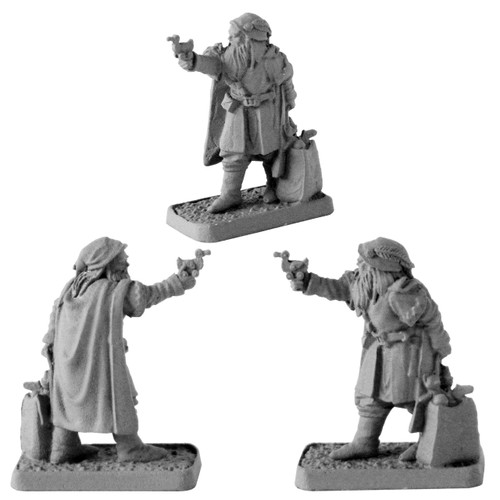 Before its destruction by the great worm, Dale was a thriving city and famed, among other things, for the marvelous toys which its craftsmen produced. Its population although primarily Mannish, would have included many Dwarves, due to its proximity to both Erebor and the Iron Hills. This figure represents a Dwarven trader who would carry and sell the toys of Dale throughout the settlements and kingdoms south and west of the Misty mountains.

This is the 119th release in the Gold Status Fellowship club and was July 2015's Winning idea. It was suggested by 'Halbarad II'. 29mm in height from base to top of head.