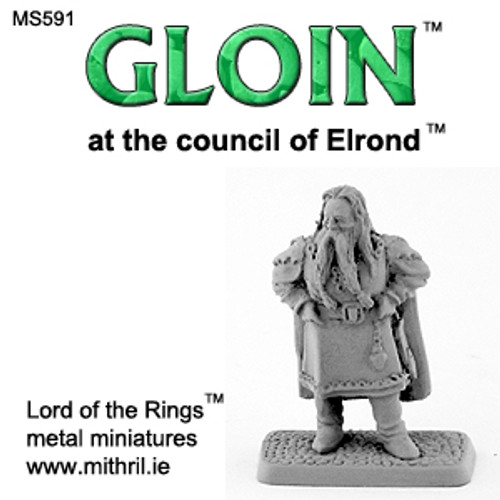 Gloin was a Dwarf of Durin’s line and was part of Thorin Oakenshield’s famous expedition to retake the mountain kingdom of Erebor from the worm Smaug. After the re-establishment of the kingdom under-the-mountain, Gloin became wealthy and was later sent together with his son Gimli to represent the Erebor dwarves at the council of Elrond in T.A. 3018.

This is the 89th release in the Gold Status Fellowship club and was January 2013's Winning idea. It was suggested by 'enheduanna'. 28mm in height from the bottom of the base to the top of his head.