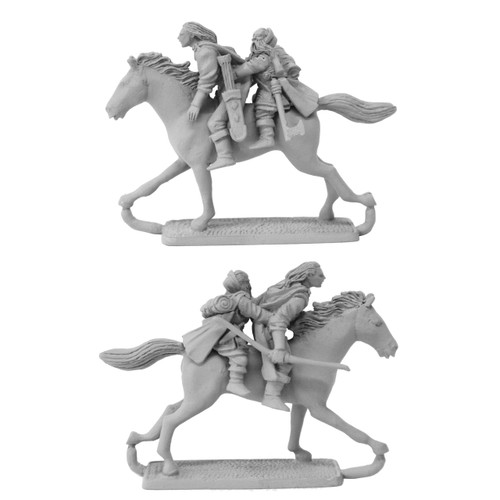 Aragorn encountered Eomer and his warriors in Rohan during their chase after the Isengard Orcs, Eomer tells Aragorn, Legolas and Gimli that the troop of Orcs had been destroyed by his forces, and he loaned a couple of horses to Aragorn to help them quickly reach the spot where the battle took place to search for Merry and Pippin, if they survived. One of the horses was called Arod and bore Legolas and Gimli across the plains of Rohan in search for their friends.

This is the 85th release in the Gold Status Fellowship club and was August 2012's Winning idea. It was suggested by 'Milo'. 64mm in width (horse's head to end of tail). 45mm in height.