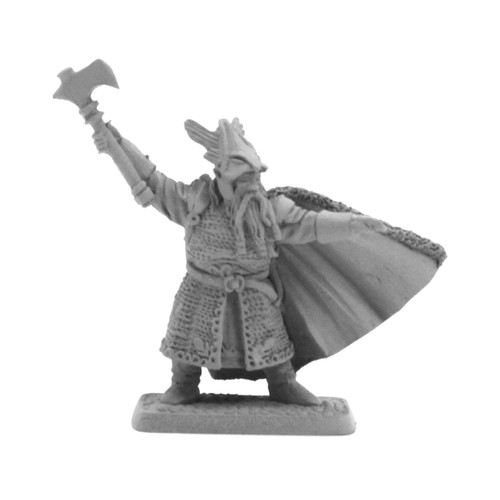 King under the Mountain at the very end of the Third-age Thorin Stonehelm was the son of Dain Ironfoot. The War of the Ring began during the reign of Dain, who was slain by invading Easterlings during the battle of Dale. Thorin succeeded him in these inauspicious circumstances while the Easterling hordes were besieging the Dwarves and the refugees from Dale in their mountain fortress. When news reached Erebor of the passing of the Dark Lord Thorin and his army together with their allies from Dale broke out of their mountain stronghold, lifted the siege and routed the Easterlings.

This is the 64th release in the Gold Status Fellowship club and was November 2010's Winning idea. It was suggested by 'Thingol'. Figure measures 36mm in height from bottom of base to the top of the raised axe.