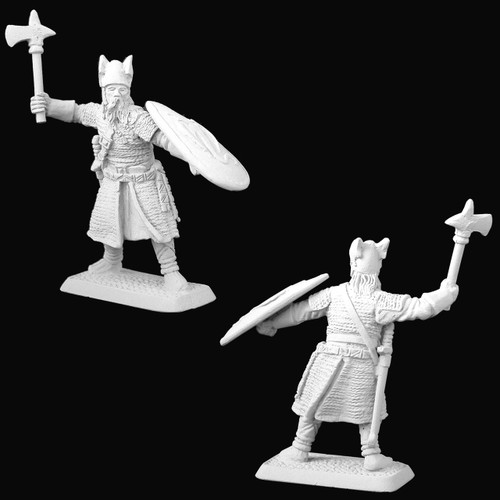 Third king of the restored city of Dale, and grandson of Bard, the slayer of Smaug, Brand was a friend to the Dwarves of Erebor. During the war of the ring when the lonely mountain was attacked by Easterling forces Brand helped in its defense and died valiantly defending its gates.

This is the 34th release in the Gold Status Fellowship club and was May 2008's Winning idea. It was suggested by 'bombadil1963'. Figure measures 42mm in height from bottom of base to top of axe.