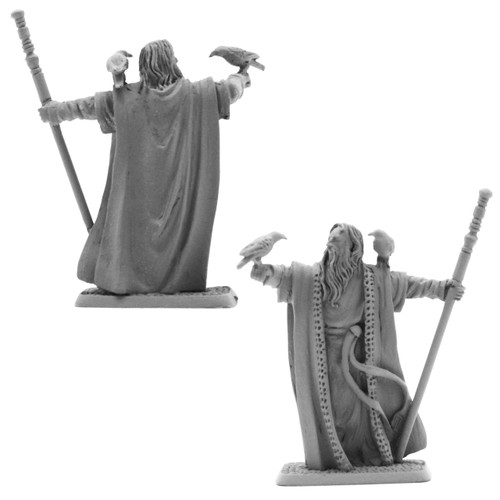 Crebain were a large species of crow that inhabited the land of Dunland during the Third Age. They were often used as servants and spies by various evil powers, notably Saruman. During the War of the Ring, a flock of crebain searched for the Ring-bearer.

Saruman was a powerful wizard that became corrupted and allied himself with Sauron.
He was killed in the Shire by Grima Wormtongue and was destroyed utterly as he was denied resurrection since he had betrayed his wizardly order, the Istari.

This is the 71st release in the Gold Status Fellowship club and was July 2011's Winning idea. It was suggested by 'Milo'. Figure measures 41mm in height from bottom of base to the top of the staff.