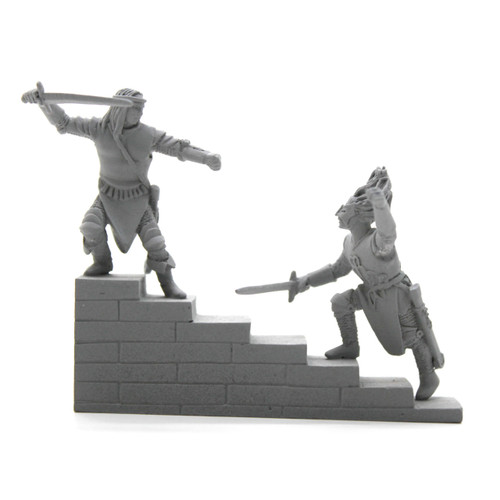 At this time, Annatar was secretly forging the One Ring which would enable him to rule Middle-earth. Annatar reassumed his role as the Dark Lord and placed the One Ring on his finger, claiming dominance over all the Rings of Power and their bearers.

Celebrimbor and the Elves of Eregion defied Sauron by withholding the other rings from him. Sauron retaliated by attacking Eregion, laying waste to the realm. Celebrimbor was captured in the sack, and was forced under torture to disclose where the Nine and the Seven were held, but he would not reveal the whereabouts of the three Elvish rings. He had already sent the three rings away for safekeeping: Vilya and Narya to Gil-galad in Lindon, and Nenya to Galadriel in Lothlórien. Sauron captured the lesser rings and used them as instruments of evil in later years, particularly against Men.

This is the 26th release in the Gold Status Fellowship club and was September 2007's Winning idea. It was suggested by Marcus Nolte. Vignette measures 50mm in height. 70mm in length.