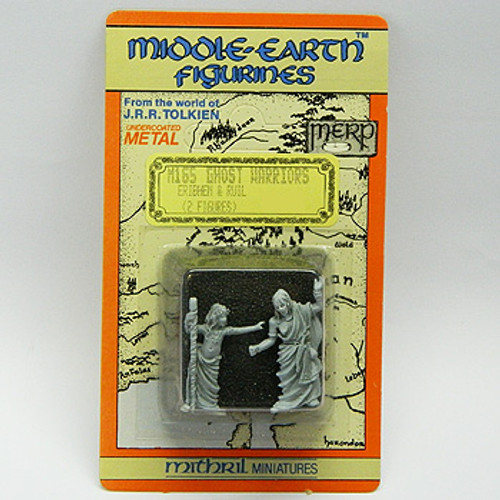 Eribhen da Moigh "the Young", was the grandchild of Derna, a famous priestess of Dunland. Early, as a child, she was apprenticed to the aging priest of the Dark Enemy, Ruil who gifted her with the ghostbane staff (forged by dwarves smiths of Mordor).
Eribhen gave into necromancy and soon she was ensnared by the darkness. In her time, she became the high priestess of all Dunland, and anointed Ulf Dilain as high chief, who then invaded Gondor in TA 1697 but his forces were decimated. After this defeat, Eribhen withdrew into hermitage and is said to have died alone. Before her death, she gifted the notorious Ghostbane staff to an apprentice, Tughaib.
Blister design and condition may vary as this is old stock. Old prices printed on labels are removed in the photos to avoid confusion.