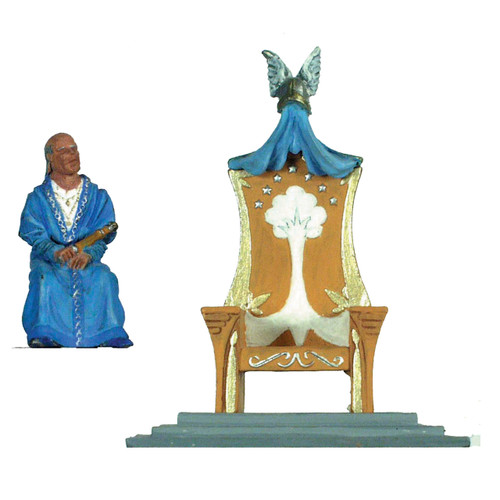 The last of the Ruling Stewards, Denethor, son of Ecthelion II, ruled Gondor during the War of the Ring. Although still legally a kingdom, Gondor - long past the period of her imperial greatness - had possessed no king for a thousand years, but was governed by the Steward whose office was hereditary and who was king in all but name.

Denethor - because of the growing might of Mordor - used a Palantir or Seeing-stone to keep a watch on the Dark-lord's plans but the images shown to him by Sauron ensnared him, sapped his will and drove him to despair and madness.