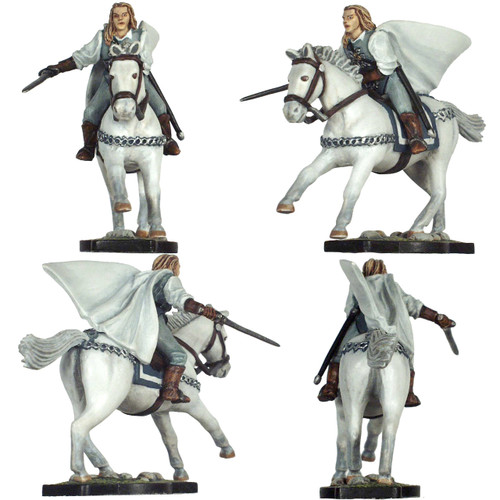 Glorfindel, a mighty Elf-lord, is sent by Elrond of Rivendell to help the hobbit Frodo reach Rivendell as he is pursued by the Nazgûl. He sets Frodo on his horse, Asfaloth, and Frodo rides ahead to the other side of the Ford of Bruinen, where he defies his pursuers. He is nearly captured, but Glorfindel, Strider and Frodo's Hobbit companions come from behind and drive the Nazgûl into the water, where they are swept away by a wave of water resembling charging horses (an enchantment of Elrond's and Gandalf's).