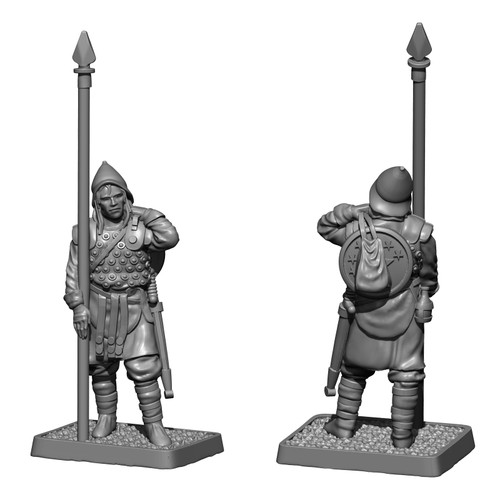 The Northern kingdom of Arnor, split into three often vying kingdoms early in the Third-age. While Arthedain retained its ancient ties to Gondor, Rhudaur fell under the sway of the Witch-king and Cardolan, the weakest of the three, frequently became a battleground for the opposing sides. Thus mercenaries thrived in such a situation, employed by both sides eager to improve their prospects of victory. While some mercenaries were soldiers of fortune, of dubious value, other such as this pikeman were organized into disciplined units with high morale.

This is the 158th release in the Gold Status Fellowship club and was January 2019's Winning idea. It was suggested by 'orc'. Measures 53mm from base to top of spear. There are 2 parts in this blister. The base is part of the figure.