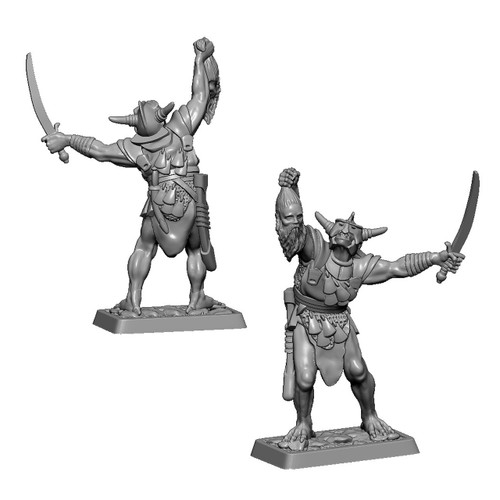 Azog was an Orcish commander who took over the settlements of Moria a few hundred years after their abandonment by the Dwarves. He sparked off the long sequence of Dwarf and Goblin wars by beheading the Dwarvish king Thrór in TA 2790. The culmination of these conflicts was the great battle of Azinulbizar in TA2799 on the eastern slopes of the Hitharglir, where Azog met his own death at the hands of Dain of the Iron hills.

This is the 139th release in the Gold Status Fellowship club and was June 2017's Winning idea. It was suggested by 'Halbarad II'. Measures 47mm in height from base to top of hand holding Thror's severed head.