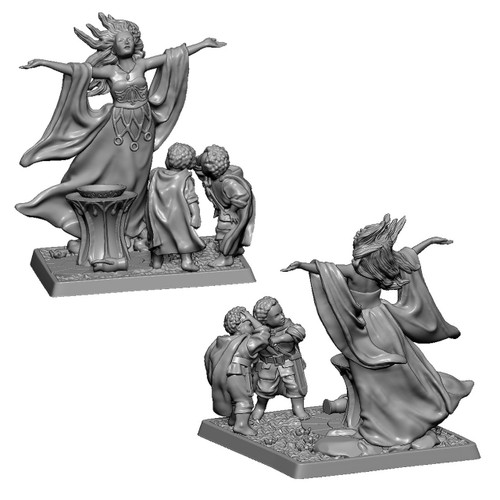 One of the most powerful and oldest beings in Middle-earth, Galadriel was offered the One Ring by Frodo during the Fellowship’s stay in Lothlorien. Like Saruman she would use the Ring for good were she to wield it, but wisely, and unlike Saruman, she realized its corrupting power. For a moment Frodo had a glimpse of Galadriel in her terrible aspect as the bearer of the One Ring "dreadful as the storm and the lightning”, but the moment passed, she rejected the ring and Frodo realized the folly of offering her this terrible power.

Measures 38mm in height from base to top of Galadriel's head and base measures about 37mm in length.