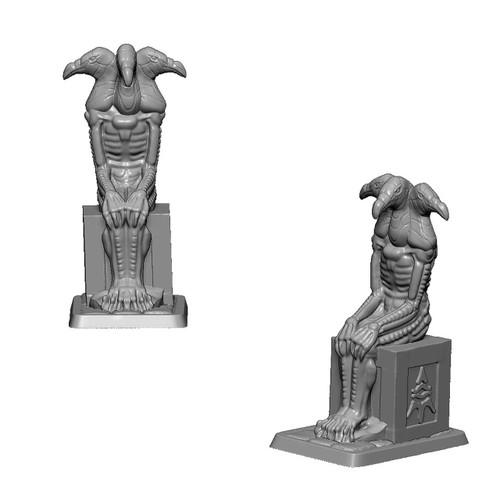 Seemingly carved from stone, the two large guardians sat either side of the entrance to the tower of Cirith Ungol. Each had the form of a seated figure, three-headed, with the likeness of a vulture and with claw-like hands. Although unmoving, they possessed sentience and the force of their will alone prevented enemies from passing the gate. Their race and origins are unknown.

This is the 142nd release in the Gold Status Fellowship club and was March 2017's Winning idea. It was suggested by 'barliman'. Measures 53mm in height. Depth (side of statue) base is 34mm.