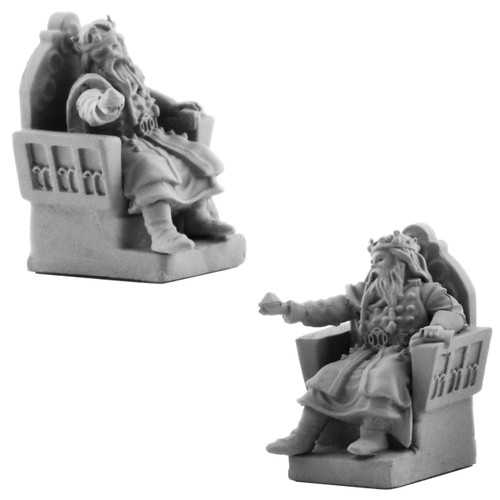 The grandsire of Thorin Oakenshield, Thror founded the splendid Dwarven kingdom of Erebor and ruled there for almost two hundred years until the coming of Smaug. The greatest treasure of Thror’s folk was the great white gem called the Arkenstone, mined at Erebor and fashioned by Dwarvish art into a magnificent jewel.

This is the 129th release in the Gold Status Fellowship club and was July 2016's Winning idea. It was suggested by 'Thingol'. 32mm in height from base to top of throne.