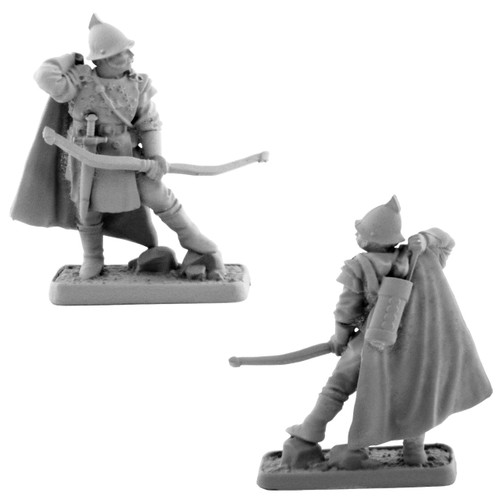 When Minas Tirith called upon its provincial troops to rally to its defence as the forces of Mordor closed in upon it, Gondor’s provincial lords sent all the manpower that they could spare, though these forces were meagre enough as the provinces themselves were beset by enemies.  From the far west, the Marcher lord Duinhir brought his two sons and five hundred good archers to help in the city’s defence. These light troops proved invaluable against the Mumakil during the battle of the Pelennor fields although Duinhir’s two sons lost their lives in the engagement. This figure shows Duinhir himself, wearing a surcoat emblazoned with the Morthond coat of arms, under which he wears a mail shirt. The bulk of his troops would be more lightly equipped, mostly without mail and many without helmets or short-swords.

This is the 124th release in the Gold Status Fellowship club and was February 2016's Winning idea. It was suggested by 'barliman'. 36mm in height from base to top of helmet.