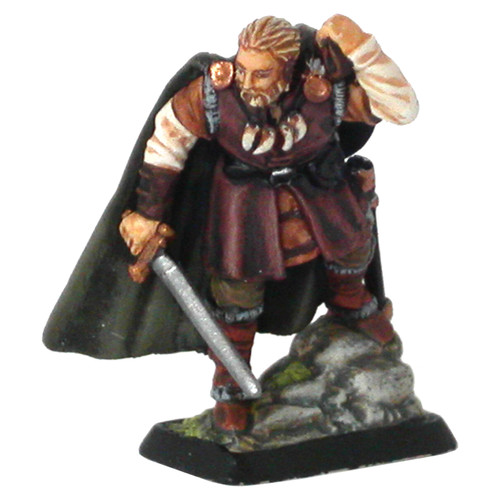 During the Third Age, first mention of the Éothéod is when they migrated under their king Frumgar to the confined area between the rivers Langwell and Greylin, sources of the Great River Anduin, near where the Ered Mithrin met the Misty Mountains. They went that way after the fall of Angmar, away from the ravages of the Easterlings and Orcs.

Some time later their king Fram, son of Frumgar, slew the dragon Scatha, in the Grey Mountains. Fram took the Dragon's treasure, which angered the Dwarves, and there was enmity between the two peoples. The Éothéod capital was named Framsburg in his honour.
The Éothéod renamed themselves Eorlingas or 'followers of Eorl', but in Sindarin they became known as the Rohirrim, or Horse-lords, and their country became known as Rohan, the Riddermark.