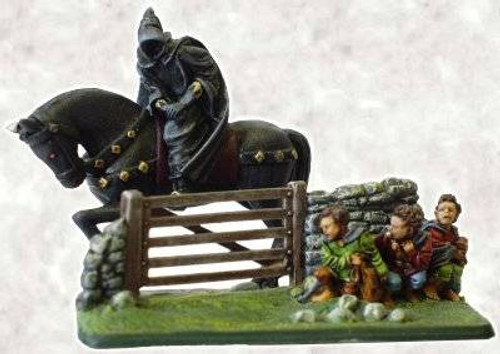 At the beginning of the War of the Ring, Gollum was captured and tortured by Sauron's forces and he revealed that the One ring was in the possession of someone called Baggins, in the Shire. The nazgul (ringwraiths) were sent to the Shire to look for Bilbo and one of them had a close encouter with the four Hobbits as they fled to the town of Bree.