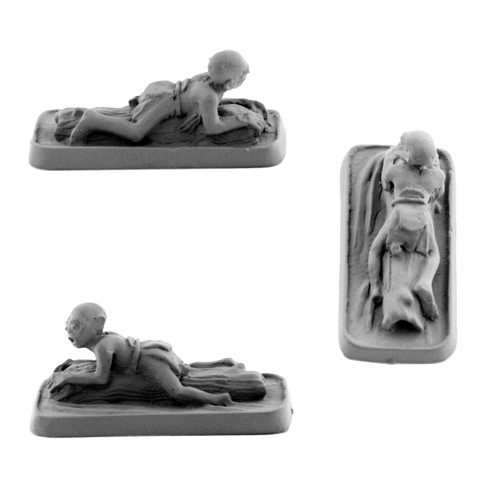 As the Fellowship bearing the One Ring journeyed south from the house of Elrond™, their steps were dogged by Gollum, the sly creature who himself had possessed the ring until losing it to the Halfling Bilbo™ many years before. He was determined to retrieve the One Ring and could sense its presence among the fellowship. When they embarked southwards from Lorien™ in small boats Gollum still followed, this time floating in the current on a fallen tree stump – like a "Log with eyes’.

This is the 123rd release in the Gold Status Fellowship club and was March 2016's Winning idea. It was suggested by 'Halbarad II'. 12mm in height from base to raised head. 27mm in length of base.