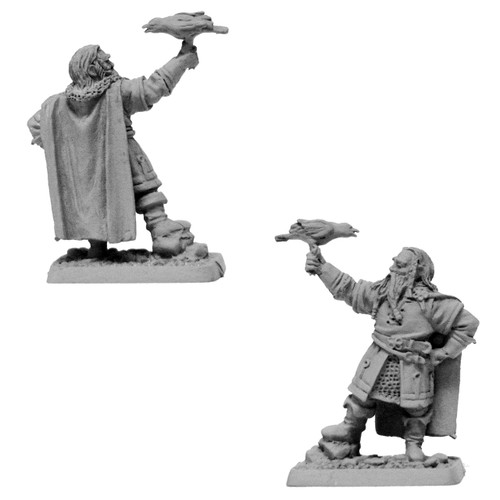 Roäc the raven, gave great service to his ally Thorin Oakenshield, when the latter and his Dwarven companions were besieged in the ancient stronghold of Erebor shortly before the Battle of the Five Armies™.
Like his father, Carc before him, Roäc was a great friend to the Dwarves and provided them with valuable intelligence.

This is the 110th release in the Gold Status Fellowship club and was October 2014's Winning idea. It was suggested by 'Mornedhel'. 33mm in height from base to back of Roäc.