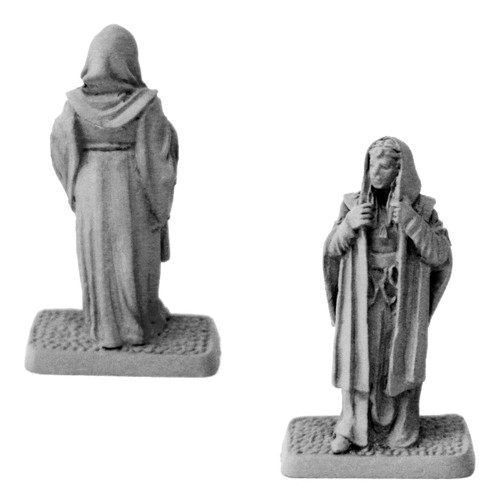 Merien (A.K.A. Meriel) was consort to one of the princes of Dol Amroth and was of Dunedain lineage. Dol Amroth was an imposing fortress which guarded the seaward flank of Gondor and its princes ranked second only to the stewards in Minas Tirith.

Its nobility was rumoured to have Elvish blood in its veins, largely because of Dol Amroth’s proximity to the ancient Elven harbour of Edhellond whence the Elves of old would set off to the west. His red, leather faced shield bears the same symbol, he wields a Haradrian scimitar as weapon and his silver-gold helmet is of the karma design. He is an implacable foe and a brilliant strategist.

This is the 113th release in the Gold Status Fellowship club and was May 2014's Winning idea. It was suggested by 'Mornedhel'. Measures 33mm in height from base to top of head.