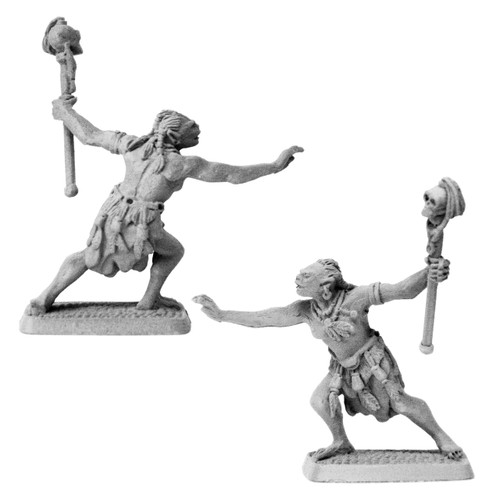 Not commonly seen among the Orc hordes, Orcish females would normally reside in the deeps of their mountain warrens. However certain individuals would be of use to the Orcish armies on campaign in Middle-earth and this figure shows a female Orc in the role of healer and shaman. She would have a knowledge of herbs and useful plants which she would use both medicinally and for the attainment of the shamanic state.

This is the 103rd release in the Gold Status Fellowship club and was February 2014's Winning idea. It was suggested by 'luthien4tinuvielle'. Measures 39mm in height from base to top of shaman staff.