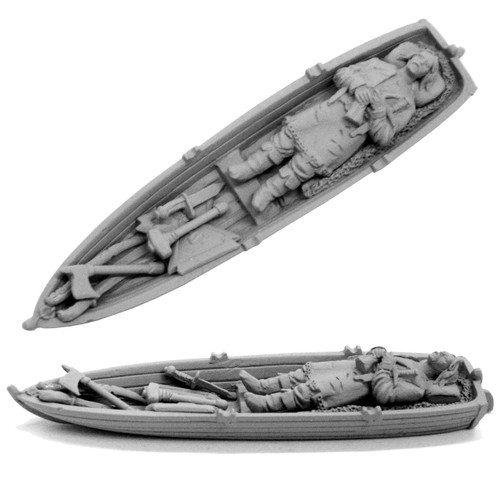 As Boromir lay dying, he remorsefully confessed to attempting to take the Ring from Frodo, and that his impending death was his penance. He urged Aragorn to save Minas Tirith, as he himself had failed. Aragorn reassured him that he had not failed, that "few have gained such a victory". Aragorn, Gimli, and Legolas placed Boromir's body in one of their Elven boats, with his sword, belt, cloak, broken horn, and the weapons of his slain foes about him. They set the boat adrift in the river toward the Falls of Rauros, and sang a "Lament of the Winds" as his funeral song.

This is the 80th release in the Gold Status Fellowship club and was April 2012's Winning idea. It was suggested by 'Milo'. Boat measures 78mm in length.