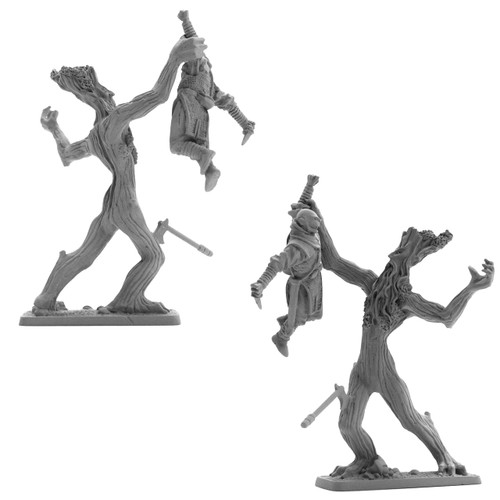 During ‘The War of the Ring’ Saruman’s Orcs began to destroy the forest around Isengard. This destruction of trees caused great anger in the Ents as they considered themselves tree shephards.

Merry and Pippin helped encourage action during the Entmoot. This resulted in a massive assault on Isengard by the Ents and they destroyed any half-Orcs they could find.
Eventually they took control of Isengard and held Saruman hostage.

This is the 68th release in the Gold Status Fellowship club and was April 2011's Winning idea. It was suggested by 'Theobald'. Figure measures 68mm in height from bottom of base to the top of the half-Orc figure's head.