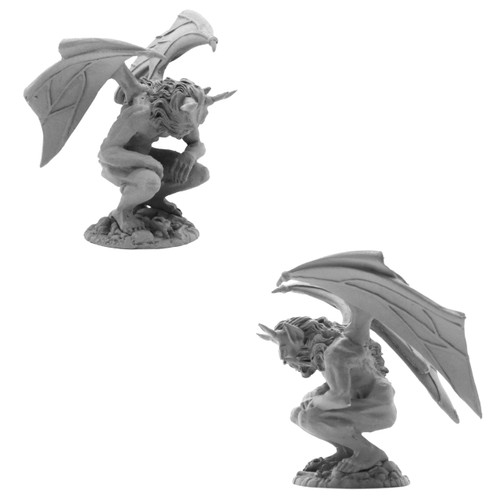 The Balrogs or fire demons were the mightiest of the servants of Morgoth. They were his strongest forces in his battle against the Valar in the First-age of Middle-earth, and possessed not only great strength, but intelligence and sorcery also. They were finally destroyed in the great war between the Valar and Morgoth but at least one survived the breaking of Thangorodrim, fleeing to the east and hiding itself in the very roots of the Misty mountains. Here the Balrog lay undisturbed and entombed for countless centuries until during the Third-age of Middle-earth the Dwarven miners sunk deep shafts into the mountain roots in their quest for Mithril. Here they unwittingly disturbed the crouching form of the somnolent Balrog.

This is the 62nd release in the Gold Status Fellowship club and was September 2010's Winning idea. It was suggested by 'Grond'. Figure measures 55mm in height from bottom of base to Balrog Wings and about 50mm in depth from back of wings to horns.