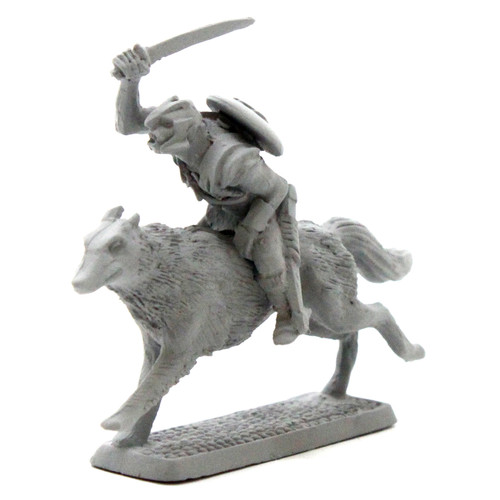 Wargs were common throughout Rhovanion and, as the power of Sauron grew, also in Eriador. The Wargs were large evil wolves of some intelligence who allied themselves to Sauron and to the Orcs. They provided swift-footed mounts for the smaller Orcs but like their riders had an innate fear of sunlight and operated best at night. They were used mainly by the Hithaeglir Orcs but also saw service in the armies of Saruman.

Dimensions: Figure measures 42mm in height from bottom of base to top of the sword.

This is the 59th release in the new Gold Status Fellowship club. This is June 2010's Winning idea. It was suggested by 'Shadyt'.