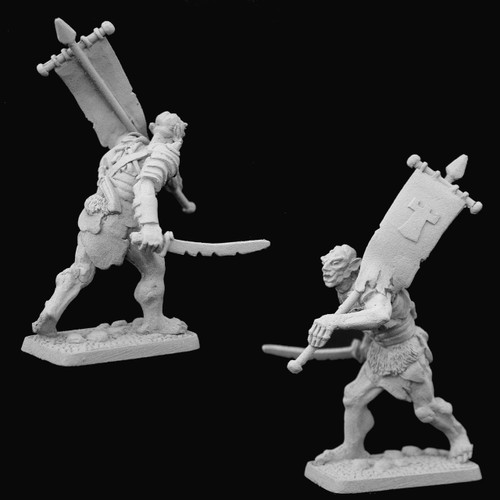 Angmar was a land in the far north of the Mistry Mountains founded by the Nazgul Witch-king. The ringwraith serves Sauron so Angmar waged war on any allies of Gondor near them.
In the Battle of Fornost the forces of Angmar were defeated and the Witch-king fled to Mordor, leaving his realm to its fate.

This is the 45th release in the Gold Status Fellowship club and was April 2009's Winning idea. It was suggested by 'Shadyt'. Figure measures 51mm in height from bottom of base to top of standard.