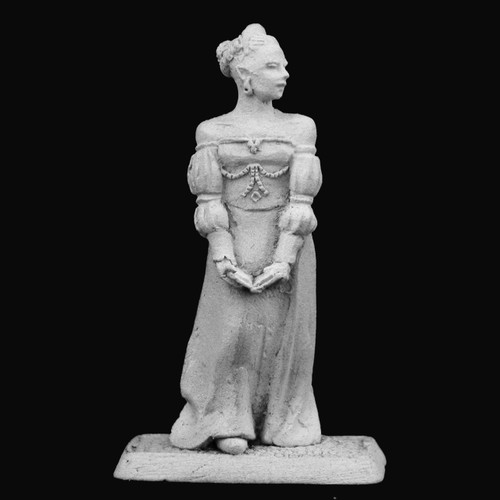 Celebrian - The daughter of Galadriel and Celeborn, Celebrian is the consort of Elrond and the mother of Elladan, Elrohir and Arwen. In 2509 TA she was captured by orcs in the Hithaeglir while travelling from Imladris to Lorien. Although rescued by her sons, a wound that she sustained during this ordeal caused her to depart Middle-earth for the West shortly there-after.

Dimensions: Figure measures 33mm in height from botton of base to top of head.

This is the 41st release in the new Gold Status Fellowship club. This is December 2008's Winning idea. It was suggested by Hwolf.