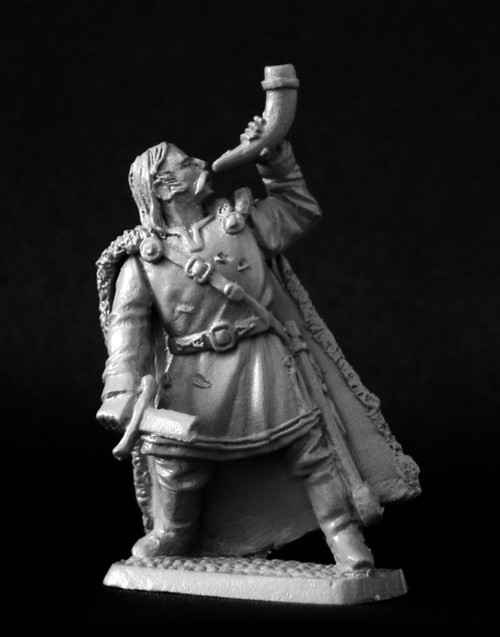 He was the brother of Faramir and the eldest son of Denethor II, the last ruling Steward of Gondor. When orcs attacked Merry and Pippin on orders from Saruman, Boromir defended them bravely, killing many orcs, but he was mortally wounded by arrows. He blew the great horn to summon aid from Aragorn and his other companions, which at first dismayed the orcs then enraged them when no response was heard. Aragorn arrived too late to save the hobbits from being captured. Boromir died from his wounds.

Dimensions: Figure measures 39mm in height from botton of base to top of horn.

This is the 37th release in the new Gold Status Fellowship club. This is August 2008's Winning idea. It was suggested by 'Savage727'.