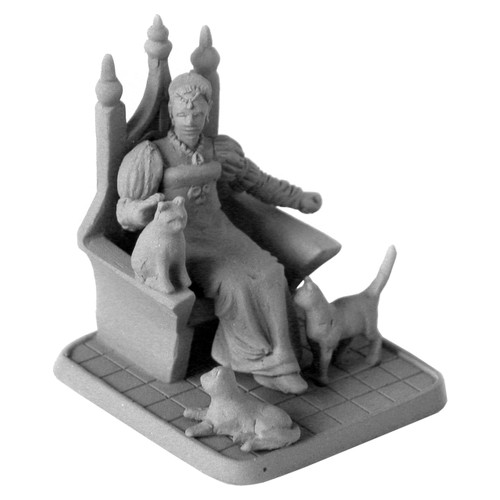 Queen Beruthiel was the wife of Tarannon, the twelfth King of Gondor. She had nine black cats and one white cat. Her cats were stealthy and adept at finding their way in the dark. Queen Beruthiel used them as spies in order to learn the secrets that the people of Gondor wanted to keep hidden so that she could have an advantage over them. She was able to speak with her cats or read their minds in order to learn what they had discovered.

The people of Gondor hated and feared the cats, but the cats were not safe from Queen Beruthiel either. She tormented them and she had the white cat spy on the black cats.

It is said that King Tarannon set Queen Beruthiel and her cats adrift at Sea and they were never seen again. "The ship was last seen flying past Umbar under a sickle moon, with a cat at the masthead and another as a figure-head on the prow." It is also told that "her name was erased from the Book of the Kings (`but the memory of men is not wholly shut in books, and the cats of Queen Beruthiel never passed wholly out of men's speech')." 'Unfinished Tales' pp 401-402

Dimensions: Beruthiel is 32mm in height from base to tip of the queen's throne. Base is 26mm in width.

This is the 4th release in the Gold Status Fellowship club and was October 2005's Winning idea. It was suggested by Bauduin Laurent.