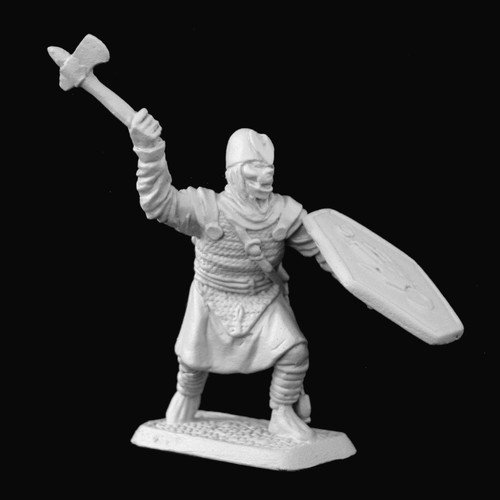 It was said in a myth that Helm's Deep would never fall while men defended it. No enemy had ever breached the Deeping wall, or set foot inside the Hornburg, but during the War of the Ring, Saruman's army of Half-Orcs managed to almost overwhelm the defences of the Rohirrim.

Half-Orcs were a new breed of Orcs, a cross with Dunlendings to make them bigger and stronger, with more intelligence and a resistance to sunlight (at least Saruman's variant). Saruman armed them with different armour and weapons than those under the thrall of Sauron. Saruman's symbol was the white hand on a black field on the shields.