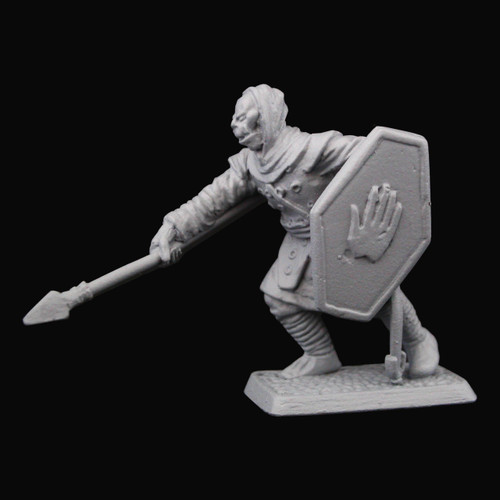 Half-Orcs were a new breed of Orcs, a cross with dunlendings to make them bigger and stronger, with more intelligence and a resistance to sunlight (at least Saruman's variant). Saruman armed them with different armour and weapons than those under the thrall of Sauron. Saruman's symbol was the white hand on a black field on the shields.