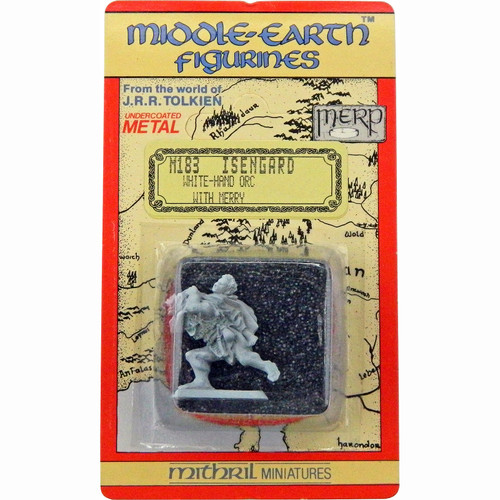 Treebeard's long-lost wife, also known as Wandlimb the lightfooted. The pair were beloved since before even Morgoth first arose in power during the youth of the world. Translated, her name meant according to the 1966 Index 'slim-birch' (according to Appendix F 'slender-beech'). As with all of the other Entwives, Fimbrethil had been missing since Sauron's forces destroyed the gardens of the Entwives during the Second Age. At the time of the War of the Ring, Treebeard had not seen his beloved Fimbrethil for over three millennia.
Blister design and condition may vary as this is old stock. Old prices printed on labels are removed in the photos to avoid confusion.