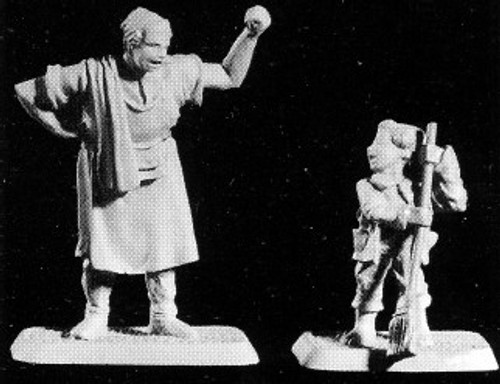 The Village of Bree was situated east of the Shire and south of Fornost Erain. It was mostly populated by men, but Hobbit servants worked at the Prancing Pony Inn and special Hobbit-sized rooms were available there.
Barliman Butterbur was the owner of the Prancing Pony Inn. A kind man but very forgetful. Nob was a Hobbit that helped as a servant.