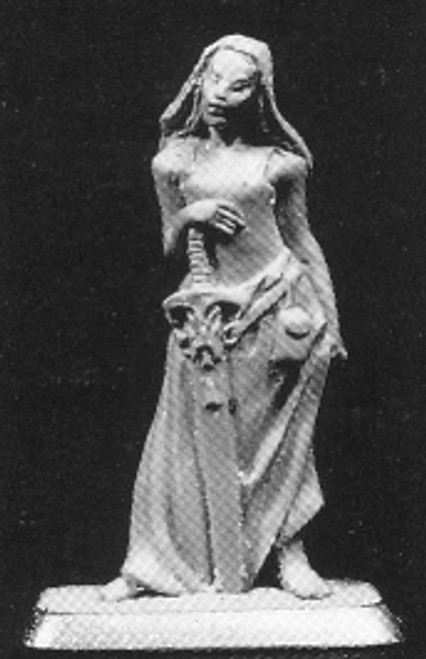 Tolwen is a Sindarin Elf from the First Age. She once was abducted and corrupted by Melkor into betraying her fellow Elves, but after the downfall of Morgoth, Oromë helped her on the path of good and she devoted her life to redeem her past acts. She met Treebeard in Fangorn and has grown a great healer, being the only non-Ent to know the secret recipes of the Ent drought. Her sword is Gurthiant, and she can't be further than 60cm from it or will suffer greatly and die... She won't think about leaving for Valinor until she has fully redeemed her former evil acts.