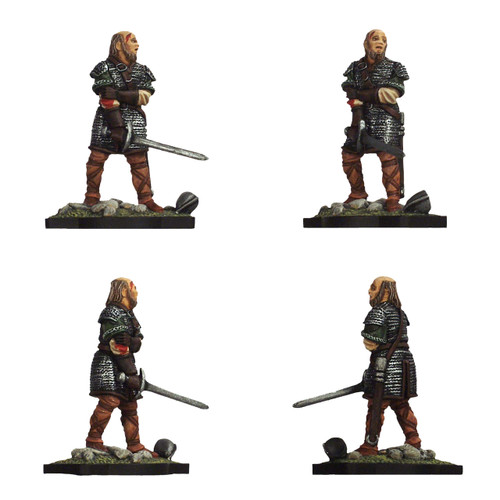 Háma greeted Gandalf, Aragorn, Legolas and Gimli when they arrived at Meduseld.
He told the travellers that they must leave their weapons outside the door before entering the King's hall. He allowed Gandalf to keep his staff. Later Háma accompanied King Théoden into battle at the fortress of the Hornburg at Helm's Deep. During the Battle of the Hornburg, Háma was killed while defending the Gate. The attackers hewed Háma's body after he was dead.