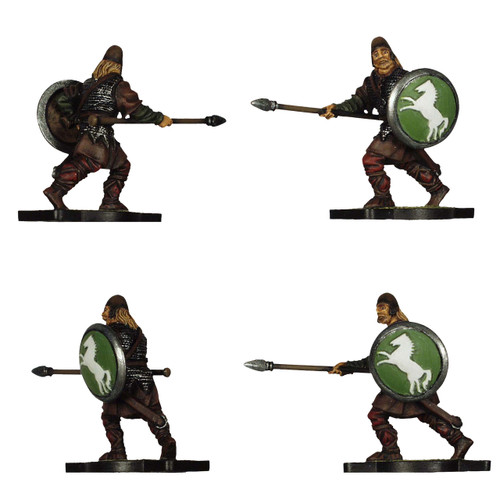 Rohan is a grassland which lies north of its ally Gondor and north-west of Mordor, the realm of Sauron, their enemy. It is inhabited by the Rohirrim, a people of herdsmen and farmers who are well known for their horses and cavalry. Rohan is also referred to as Riddermark or the Mark.