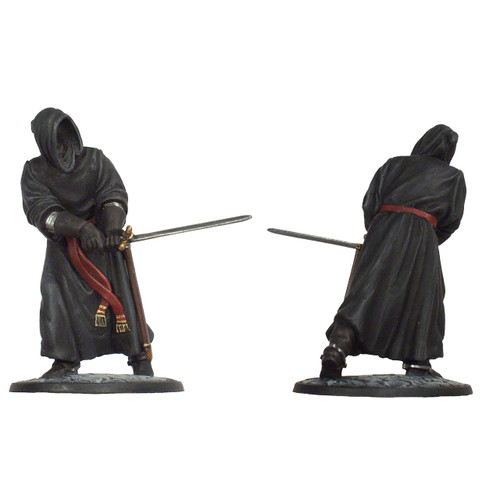 When the Dark-lord re-emerged from the shadow in the Third-age, the Ring-wraiths re-appeared also. What mortal qualities they possessed before being captured by accepting Sauron's rings were now entirely gone, now only terrible enslaved shadow beings. The most terrible of all the servants of Sauron.

The Nine Ringwraiths were despatched by the Dark-lord to seek out the name Baggins and the ring.