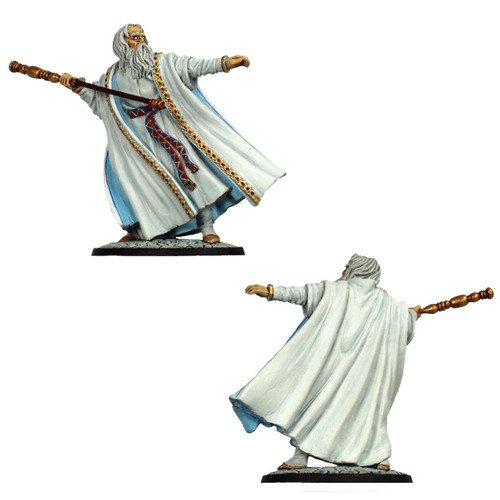 Saruman was chief of the Istari or order of wizards in Middle-earth. He was also to become head of the White Council that was formed in response to the re-emergence of Sauron in the world. Gradually however, the wizard's love of power led him to to believe that he should find the One Ring for himself.

He turned Isengard into a great fortress and recruited Dunlendings and orcs into his service. His plans were thwarted; at Helms deep his armys fourght the Rohirrim whilst Ents put paid to his schemes at Orthanc.