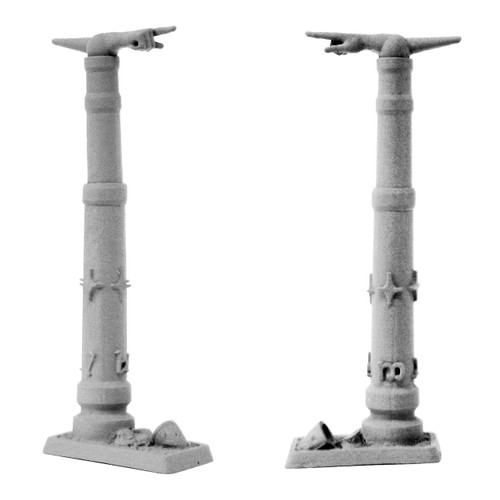 Striking due north from the fords of Isen at the gap of Rohan is a fine road of cut stone leading to the ancient stronghold of Isengard. Like the tower itself the road was built of old by the men of Westernesse. It passes through the curve of the mountains at Nan Curunir and continues to the tower itself. Some miles before Orthanc is a great stone pillar, surmounted by a carved hand pointing towards the stronghold of Saruman.

This is the 133rd release in the Gold Status Fellowship club and was September 2016's Winning idea. It was suggested by 'barliman'. 54mm in height from base to top of sign.

MZ641 Lord of the Rings 'Frodo™ and the mirror of Galadriel™' Fellowship Figure.