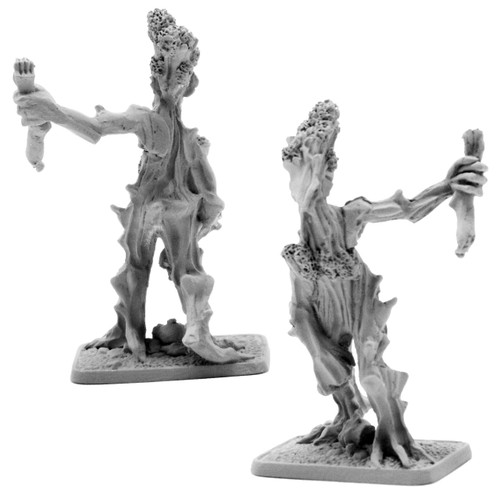 Huorns are some of the oldest creatures on Middle-earth. According to Treebeard, they are wild and dangerous, but the Ents take care of them. They may have been Ents that became tree-ish or Trees that became Ent-ish. Or both.
They can only communicate with Ents, not other creatures. They have the ability to create darkness to cover their movements, which can be quick and quite, despite their size and shape. Here you see a Huorn dismember an Isengard Orc that was fleeing from the broken siege of Helm’s Deep.

This is the 75th release in the Gold Status Fellowship club and was October 2011's Winning idea. It was suggested by 'Hwolf'. Figure measures 50mm in height from bottom of base to the top of the Huorn's head.